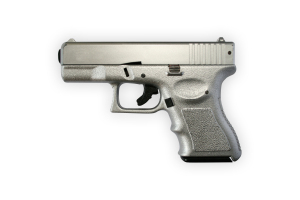 True, it was a really, really small gun. But when you’re trying to board a plane, size doesn’t matter as this gent found out. As reported by wmbf.com:

Officers with the Transportation Security Administration found a loaded gun in a backpack at Myrtle Beach International Airport.

The gun was a 9mm, loaded with two bullets. It was found in the backpack of the passenger at the security checkpoint on Wednesday, Sept. 4.

Maybe it’s a misdemeanor because of the size of the gun? To see the gun, and the perp, click here.