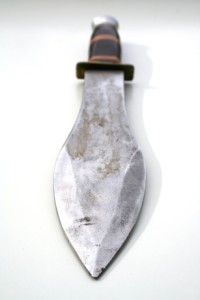 This one is in its own category. As reported by metro.co.uk:

Paul Neaverson, 61, walked in to a branch of NatWest in Rainham, Kent and held a knife to the cashier’s neck.

However he was caught out when he asked the clerk to transfer the money in to his own bank account.

And why did he do it? Because he needed money to book a flight to Corfu for a job interview as a golf coach. Of course.

Maidstone Crown Court heard that during the terrifying raid the cashier managed to hit the panic button.

Neaverson fled, but undeterred, he only went as far as the HSBC just 400ft away where tried to hold up that bank too.

Danny Moore, defending, told the court that his client has been in trouble before and described his attempt to rob the banks as ‘ridiculous’.

He said: ‘It was ridiculous. It only had one ending – and here it is. He has led a law-abiding life and now finds himself staring down the barrel of a very long sentence indeed.’

Neaverson, of Rainham, Kent, pleaded guilty to two attempted robberies and possession of a blade. He has now been jailed for two years.