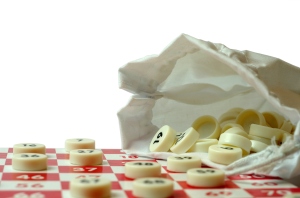 You would think a bingo hall would be a refuge of sorts. In this instance, you would be wrong. As reported by North Country Now (Potsdam, New York):

She was released on an appearance ticket.

You couldn’t just hold it in for a few more cards, or take it outside? What about your fellow bingo-goers?  Not cool. Here’s the source.