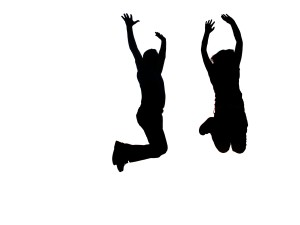 Officers Matthew McAuliffe and Robert Appel responded to a report of two men who crashed into a rock wall in the area of Simpson Avenue and Whitfield Place, police said.

Appel found a blue van at the the Sommerfield Avenue-Strowbridge Road intersection and pulled it over, police said. McAuliffe soon joined him at the traffic stop.

Javier Fajardo, of East Elmhurst, N.Y, was driving and intoxicated when the van struck the rock wall, police said.

Not an unusual DUI, but …

Alfredo Guartan, also of East Elmhurst, N.Y., was intoxicated but still took over the wheel and was driving when Appel pulled the van over, police said.

Guartan told the officers he started driving after the crash because Fajardo was drunk, police said.

An open bottle of liquor was seen near the driver’s seat, though neither Guartan nor Fajardo said the bottle was theirs, according to police.

Hey! How’d that get there?

Fortunately nobody was hurt. You’ll find the source here.