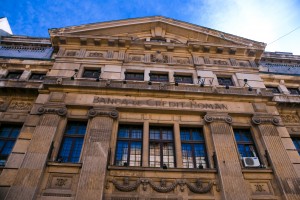 If all bank robberies went down like this, the world would be a better place. Why would The Juice say this? Well, as reported by The New Hampshire Union Leader:

The teller told police the man came into the bank and demanded cash from her, but left before taking any. He did not threaten the teller and he did not have a gun or any other weapon, police said.

No weapon! No threat! No injuries and no loss.

The man is described as having light-colored skin and wearing a white Red Sox T-shirt and gray baseball hat. He fled the bank on foot.

Police released a photo of the man taken from the bank’s video surveillance system.

You’ll find the source here, including the surveillance photo.