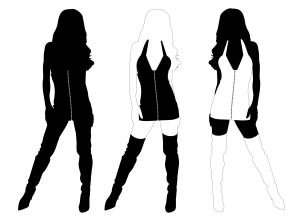 The Juice has never heard of anything happening like this in the United States nor does he expect to, ever.  However, this was in India, as reported at dnaIndia.com:

A 24-year-old man allegedly slapped actress and model Gauhar Khan and assaulted her at the sets of a musical reality show, India’s Raw Star, on Sunday. The man was allegedly against her wearing short clothes.

The incident happened on Sunday evening when Khan, the host of the show, was shooting for its grand finale episode. According to the police, a member of the audience, Akil Malik, 24, walked up to the stage, allegedly misbehaved with her and then slapped her. The incident happened at Studio number 9, Filmcity in Goregaon East.

A police officer said, “Malik told the actress that he was against her wearing short clothes before slapping her. He touched her inappropriately as well. Following this, guards deployed at the show intervened and stopped him. He was immediately handed over to the police. We took him in custody and have sent him for medical examination. He will be arrested soon.”

At the time of going to press, the Aarey Colony police was in the process of registering a case under sections 323 (voluntarily causing hurt) and 354 (assault or criminal force on woman with intent to outrage her modesty) under the Indian Penal Code. “We will be taking statements from the actress. Currently we are interrogating the accused. Investigations are on,” said Punjabrao Ugale, DCP of Zone 12.

You’ll find the source, including a photo of Ms. Khan, here.