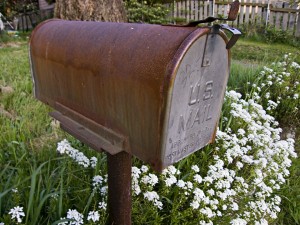 So this gent needed money to buy some pot. It turns out he’s a mailman. Or was. Per The Highline Times (Burien, Washington):

[Former Des Moines mailman Charles] Wright, 57 [a Postal Service employee for 34 years, and Army veteran] was caught last year stealing gift cards from dozens of letters sent to residents along his Des Moines area route. He used stolen cash to buy marijuana, which he then smoked instead of delivering the rest of the mail he was paid to carry. He pleaded guilty in January to opening and destroying mail from numerous customers between July 2010 and July 2012. Wright searched for greeting cards in his bag, which he opened, then tore up and tossed away the cards.

Hmm. Hard to believe he wasn’t motivated to finish his route.

He was confronted about the thefts on July 26, 2012, and quickly confessed. In a letter to the court, Wright apologized for his actions, which he described as a “horrific error in judgment.” “As I sit here today I really don’t have a reason for the crime I committed other than straight up stupidity, not realizing at the time all of the people I would be hurting,” Wright wrote in the letter. “Never in my wildest dreams did I ever think that I would ever be in this situation,” he continued. “I have truly had a blessed life.”

Props to Mr. Wright for just owning up, without offering any excuses. Apparently the judge felt similarly.

Wright … was sentenced Wednesday, April 10, in U.S. District Court to 60 hours of community service and fined $500. Wright will spend two years on probation and also is required to pay back [the] $469 he was caught stealing from postal customers.