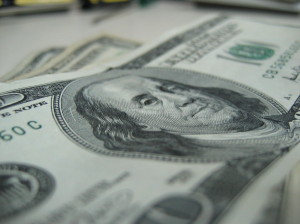 If a store won’t take your fake hundred … just go to the next one, and the next one … As reported by Lancasteronline.com:

In each incident, the she selected an inexpensive item to receive a large balance of change in return.

Yeah, that’s not suspicious at all. And who would have thought that maybe one of the merchants who rejected the hundred would call the police? Um, lots of people?

She was arraigned on the charges and committed to Lancaster County Prison.