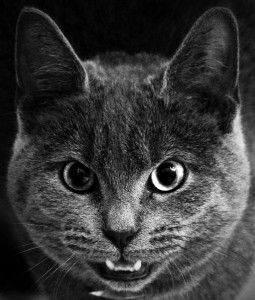 Here’s the question The Juice has for the perp: WTF?  As reported by The Herald (Rock Hill, South Carolina):

[According to Rock Hill police], a 44-year-old man texted [Julie] Baker [31] to break up with her this weekend. She then went to his room at Piedmont Medical Center and began fighting the man’s ex-wife.

Say what? First of all, breaking up with someone via text? Say it to her face. And speaking of faces …

Baker left before police arrived, but an officer noticed a cut and swelling above the ex-wife’s eye.

Yeah, that makes sense. Take it out on his ex-wife.

Warrants were issued and Baker was arrested Tuesday.