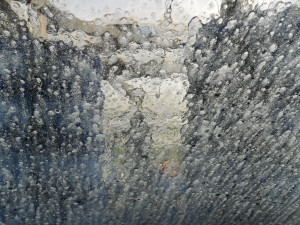 Driving around the fountain in your car- that’s hilarious! No, not really. As reported by bt.com:

A cheeky driver thought he’d found a free car wash in the shape of Wakefield’s Bullring fountain – until the police noticed the brazen bather and gave chase.

The video shows the moment a motorist is chased by police after he took his car for a wash – in a fountain.

The incredible footage captures the driver of the silver Vauxhall Insignia spinning round under the jets of the famous Bullring fountain in Wakefield, West Yorkshire.   As a police car approaches, the car wash cheapskate makes a crawling getaway as the plodding panda car makes after him.

Incredulous onlookers start shouting “nick him” as the police car appears on the scene, cheering as the cop car enters the Bullring.

Here’s the source, including a video of the “action.”