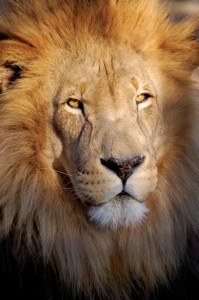 If you’re wondering “Is there a ‘right’ Mercedes to steal?” – the answer is a resounding “yes.” It would be a Mercedes that doesn’t have a lion in the back.. Per The Telegraph:

Caesar, Circus Probst’s ferocious five-year-old star, was being transported a Mercedes van when the vehicle was stolen.

The thief drove off, but abandoned the vehicle with the engine still running after crashing into a road sign. It was unclear whether the thief’s sudden awareness of the animal in the back of the van had inspired him or her to abort the mission.

Unclear? We can probably dispense with the guesswork. Although, that must be one quiet lion …

Police recovered the van in the early hours of Wednesday morning in Wuppertal, in western Germany.

They towed the van away, unaware of its feline freight, and it was not until midday on Wednesday that the circus lion was returned to its rightful owners, more than 12 hours after the adventure began.

“Caesar is fine. We’re not worried about him,” said Laurens Thoen, a circus spokesman.

“Since yesterday (Wednesday) afternoon he has been in his enclosure at the circus.”