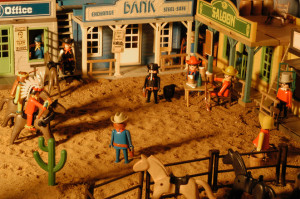 The most important rule regarding any form of communication is thus: “Would I mind if this was out there for the whole world to see?” Well, in retrospect, I think this fellow would mind. As reported by patch.com:

A Crystal Lake lawyer mocked the size of a client’s penis and challenged him to a duel, according to a complaint filed by the Illinois Attorney Registration & Disciplinary Commission.

Franz also allegedly sent an email to Rutkowski that said, “My mistake, there is only one man involved between us. I challenge you to a duel, you pick the time, place and manner.”

Franz and Rutkowski were in a dispute over $400. Franz had billed that amount for his “efforts to reduce the assessed value of real property (Rutkowski) had recently purchased,” the complaint said.

In his answer to the complaint, Franz admitted to the “general characterization” of the small-penis quip but “denies insulting Rutkowski’s manhood or choice of automobiles.” He also said the duel challenge was taken out of context.

The entire message reads: “Can you please tell me where you would like to be served? Fee agreements are not required in these matters and not between men. My mistake, there is only one man involved between us. I challenge you to a duel, you pick the time, place and manner. I choose small claims court. See you very soon. Don,” Franz said in his answer.

“In its totality, the email is not a threat of violence or challenge to a duel, it is a threat to sue in small claims court,” he said.

Alrighty then. Here’s the source.