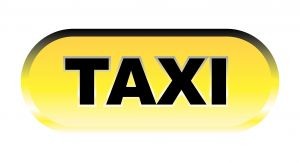 You’d have to be drunk or stoned to take a cab to a bank robbery and to have it wait for you while you did the deed, right? Right! This gent was drunk!  As reported by The Tallahassee Democrat:

Stanley Geddie arrived by taxicab and was drunk during an attempted heist of a Tallahassee bank Wednesday afternoon, police say.

The 46-year-old was arrested on charges of robbery, petty theft and resisting an officer after demanding $100,000 from a bank manager at the Capital City Bank on Capital Circle Northwest.

Geddie told the manager he had a .357 handgun, was carrying C4 plastic explosives and “would blow this place up,” court records show.

Police arrived at the bank to find the cab driver, who advised them Geddie was drunk and had not paid his $25.50 fare. The driver told police Geddie said, “I will take care of you when I come out.”

When police made contact with Geddie sitting in the manager’s office, he appeared “very intoxicated and spaced out,” according to court records.

Geddie did not follow officers’ commands and was tased during the incident. Court records say that when police told him he would be shot if he made any sudden movements, he said “well then kill me.” He was arrested without further incident. A search revealed Geddie did not have a firearm or explosives.

In an interview with police, the bank manager said Geddie indicated he also had the bank surrounded while continuing to demand the money.

Well, that was a total bust.  You’ll find the source, and Mr. Geddie’s mugshot, here.