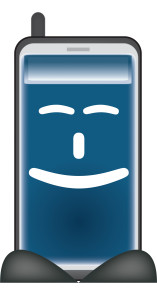 Regular readers know that The Juice scours the globe to find stories. This one comes to you from Guyana, via the Guyana Chronicle:

A South Ruimveldt man was on Tuesday placed on $12,000 bail by Chief Magistrate Priya Sewarnine-Beharry for damaging his girlfriend’s sister’s phone. Erick Forde, of Lot 25 Shopping Plaza, South Ruimveldt Gardens, pleaded not guilty to the charge that alleged that on 18 February at Lot 186 Thomas Street, Kitty, he unlawfully and maliciously damaged a Samsung cellular phone valued $152,000, property of Tracy Miller.

According to Police Prosecutor Bharat Mangru, Forde was dating Miller’s sister and on the day in question, there was an argument over a text message that came through Miller’s phone when the defendant became annoyed and broke the phone.

Bail was granted after no objection was raised by the prosecutor. The matter was transferred to Magistrate Annette Singh for Tuesday, June 16,2015.