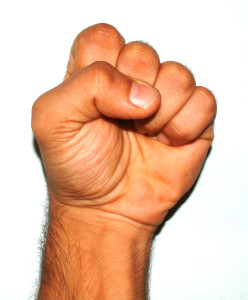 Englishman Elliot Carnell caught one hell of a break. After drinking 15 pints of beer at a Christmas party, Carnell punched his ex-wife’s Sri Lankan boyfriend in the head – 6 times! Oh, and he hit his ex-wife and her daughter when they tried to stop him. Carnell copped to the racially aggravated assault, and was sentenced to 150 hours community service and alcohol counseling. But wait …

As if that sentence wasn’t light enough, it gets worse. When Carnell showed up to begin his community service (picking up litter), he was ordered to stop! Why? Because he’s a truck driver, and officials were concerned that, with the additional work [the community service], he would exceed the maximum of 48 hours per week for a truck driver! And he might be tired and get in an accident. Said Mr. Carnell:

I was a bit bewildered by what happened but I’m happy. I was willing to do the punishment.

I’m really upset. It’s not right. Now he’s free to go to the pub drinking with his friends and causing trouble. He should have gone to jail. It’s not a strong enough punishment. He must be laughing.

Probably. And this is not Mr. Carnell’s first racially related assault. His prior conviction was for popping a German dude wearing an England football shirt. You can read more (just a bit) in the Daily Mail article.