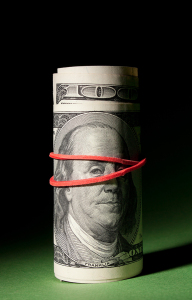 Craigslist is a great resource.  But that doesn’t mean that everyone who uses it is legit, as pretty much EVERYONE should know by now! As reported in the Colorado Springs Police Blotter:

Officers responded to a robbery where a shot had been fired. Investigation revealed that the victim responded to the 1400 block of Alvarado Dr. to purchase a vehicle from an ad he had seen on Craigslist. The victim met the alleged seller at an apartment complex and the victim gave him cash toward the payment of the car. The suspect then ran from the victim and the victim chased the suspect. A physical altercation occurred in the area of Verde Dr. and Zebulon Dr. where the suspect produced a handgun. A second suspect arrived and struck the victim in the head with a bat. The victim then continued to run after the suspect into a field east of that location and the suspect fired one shot at the victim. The suspects left the area in a black Altima with possibly bearing a temporary tag. Suspect 1 is a black male in his 20’s wearing gray sweats and a jacket. Suspect 2 was a black male in his 20’s with unknown clothing description. The victim was treated at the scene for his injury from being struck with a bat. Investigation is continuing.

That is one tough – and lucky – dude.