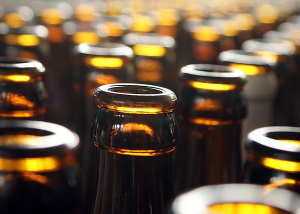 The Juice is feeling it just thinking about pounding 20 beers. But that’s exactly what a 26-year-old Kalamazoo, Michigan man did. Fortunately he did not succeed with what he set out to do after the binge. He did do some damage though, including a pretty disgusting grand finale. As reported by mlive.com:

The man, whose name has not been released, then proceeded to drive out of the ramp and struck eight vehicles, causing $75,000 worth of damage.

The man then got on top of a car and defecated on it, Uridge said.

Perhaps it was a symbolic act, with the car representing his life, or him, or … who knows. At least he didn’t kill himself.

Uridge said the man was arrested at about 3 p.m. on suspicion of drunken driving with a blood-alcohol level of 0.17 or higher, which under state law is called “super drunk.” Police did not release the man’s BAC Friday.

Here’s hoping he got some help. You’ll find the source here.