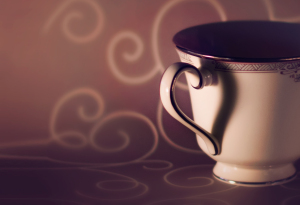 You did not but this person for drinking tea suspiciously. You did? Think the court will approve? As reported by The Times of India:

Bewildered by the explanation that a man was arrested because he was drinking tea in a “suspicious manner” at a road side stall near Shivaji University in Kolhapur, the Bombay high court directed the police to back off and set aside the preventive detention proceedings against him.

Vijay Patil, a 49-year-old restaurant owner from Kolhapur had moved the HC to challenge his detention and sought damages.

His lawyer Satyavrat Joshi said the police had no real reason to pluck him off the street at 11am on February 22 while he was merely sipping tea. The HC said it agreed.

The judgment penned by Justice Patel said, “This is bewildering. We were unaware that the law required anyone to give an explanation for having tea, whether in the morning, noon or night. One might take tea in a variety of ways, not all of them always elegant or delicate, some of them perhaps even noisy. But we know of no way to drink tea ‘suspiciously’.”

He added, “The ingestion of a cup that cheers demands no explanation. And while cutting chai is permissible, now even fashionable, cutting corners with the law is not.”

Bam! The court went on to slam the police for misusing a law that was meant to be “preventive, not punitive.” You can read more (a fair amount) here.