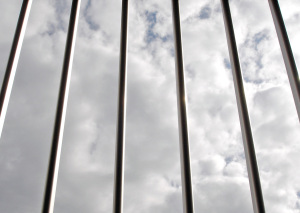 This gent didn’t wait to see if he was convicted and sentenced before breaking out. As reported by The Toronto Star:

Toronto police are searching for a 32-year-old man after he escaped the College Park courthouse before his court appearance Thursday morning.

It is alleged that Steven Gonyea was before the courts at the Ontario Court of Justice, 444 Yonge St., on charges of criminal harassment and break and enter when he escaped custody sometime between 8:45 a.m. and 11 a.m.

Police are still trying to determine how the suspect managed to escape, but it is believed that he fled the cell area somehow. They said similar incidents have happened in the past.

Sounds like maybe someone else should be running the detention facility in the courthouse? Here’s the source, including a mug shot.