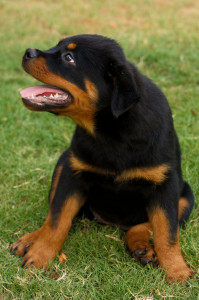 It’s not exactly “the dog ate my homework,” but it’s in the same family of lame excuses. As reported by The Beacon-Times:

An Aurora man who said he was exhausted from taking care of a puppy was charged with DUI after falling asleep in a fast food restaurant drive-through lane Saturday morning.

Police found Matthew Gunderson, 29, 4100 block of Landing Drive, asleep behind the wheel of his car at the Steak and Shake restaurant in the 4300 block of Fox Valley Center Drive around 2:17 a.m.

A restaurant employee called police after she noticed Gunderson asleep. According to police reports, it took officers several attempts to wake the sleeping Gunderson. When he finally woke up, police said he complained of exhaustion. Gunderson said he had a new puppy and was tired from trying to take care of it, police said.

Gunderson was charged with drunken driving after police said they noticed he showed signs of intoxication.

How considerate of him to make the bust so easy! Click here for the source.