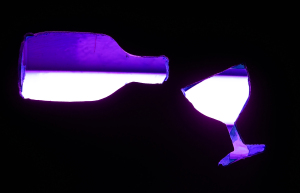 In that case, police said, Cavallo admitted to taking a combination of pills and then texting while driving. Cavallo hit a telephone pole in the 3700 block of Duss Avenue in Harmony, police said.

Texting too! And then …

Cavallo’s car was towed to Chris Automotive Repair and Towing Service in Conway, where police were called at 9:57 a.m. because Cavallo was in the towing yard and had climbed onto a flatbed truck in an attempt to take something out of    her car, Conway police said.

So that’s 2 sets of charges in 2 jurisdictions, and it’s not even noon!

According to a police report, Chippewa police were called at 6:45 p.m. March 24 about a reckless driver on Darlington Road. Police found the vehicle near Get-Go on McMillen Avenue with a flat tire, the report said.

Cavallo, who was driving the vehicle, had glassy eyes and was responding to police “sluggishly as though she was having difficulty understanding,” the report said. There was also a smell of smoke and cologne coming from the car, the report said.

Cavallo was taken to Heritage Valley Beaver hospital, where she tested positive for marijuana in her system, police said. Cavallo also had a baggie of marijuana and pipe in her purse, police said.

[She] was charged by Chippewa Township police with driving under the influence of a controlled substance, possession of a small amount of marijuana and possession of drug paraphernalia.

Cavallo is still awaiting preliminary hearings on the charges filed by Harmony and Chippewa police.

Let’s hope she used the time she probably served to get herself together. Here’s the source.