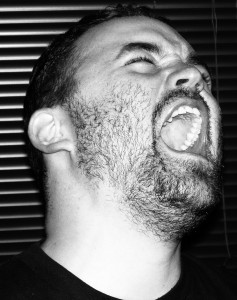 There are lots of ways to resist arrest. This one in particular, every male officer would likely agree, should carry an enhanced sentence. As reported by The Chicago Tribune:

“Something’s wrong with her,” said Cook County Judge Adam Bourgeois Jr., who initially ordered the 20-year-old held on $50,000 bail. After a short recess, Bourgeois decided to instead release Ashleigh Heather Edwards on an individual recognizance bond with electronic monitoring.

You’re curious, right? What did she do?

Edwards, of Berwyn, assaulted [an] officer on a parked train outside the Galewood station on Chicago’s Northwest Side at about 3:40 p.m. Friday, according to an arrest report. The officer tried to remove Edwards after crew members said she entered the train’s “engine compartment” without permission.

Edwards yelled and ran to the other side of the train, police allege, before the officer caught her and attempted to place her under arrest. At that point, police and prosecutors said, Edwards grabbed the officer’s penis and squeezed it to inflict pain, while also kicking and punching and trying to pull away.

Ouch, ouch, ouch! But that wasn’t the end of it.

The officer used pepper spray to restrain her, the arrest report said. But while exiting the train in the 2000 block of North Narragansett Avenue and walking toward the police cruiser, prosecutors said Edwards again grabbed and squeezed the officer’s genitals.

The Juice is inclined to agree with the Judge’s assessment that “Something’s wrong with her.” And in case you think it wasn’t that big of a deal for the officer …

The Metra policeman was taken by ambulance to West Suburban Hospital in Oak Park, where he was treated and released, according to court documents.

As for Ms. Edwards:

[She] will return to court Friday. She faces a felony charge of aggravated battery to a peace officer, along with misdemeanor counts of resisting a police officer and criminal trespass to state land. No booking photo was immediately available.

Here’s the source, including her mug shot.