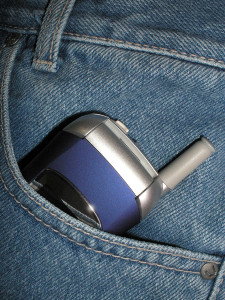 Getting pocket dialed is annoying, though we all get tagged occasionally, even the police. In this particular instance, The Juice is guessing they weren’t the least bit annoyed.

Police responded to a 911 call in the 600 block of S.W. 122nd street. The caller was on a cell phone and accidentally dialed 911. When no one responded on the line, the dispatcher became concerned. They were able to trace the call and locate the cell phone in an abandoned house. Officers arrived and found three subjects had broken in to a rear door of the home and were inside illegally.

Exactly how this “subject” pocket dialed 911 will remain a mystery. HT to The Highline Times (Washington State).