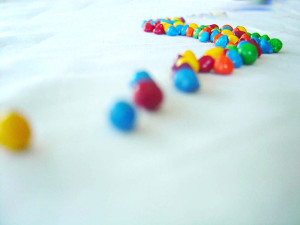 “He drew up to 30 penises on walls and shelves around the warehouse,” Rikke Poulsen from the North Jutland police told Berlingske News Bureau.

IKEA staff eventually caught up with the vandal who had left a trail of crudely drawn genitalia in his wake and reported him to the police.

Once caught, the man denied that he was responsible for all the drawings, and that his curious crime was inspired by having seen someone else do it first.

“The man has admitted to being behind these drawings, but not as many as 30. He has no prior convictions and he has explained that he did it because he had seen similar drawings in IKEA. He has regretted his actions, but that doesn’t change the fact that he has still committed vandalism,” Poulsen said.

The man received a suspended sentence of 20 days – and presumably a lifetime ban from IKEA.