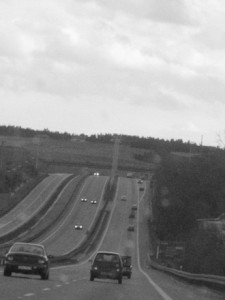 The female, later identified as Stephanie K. Sherburne, 22, of Billerica, Mass., was standing in a crouching fashion on the passenger’s side front seat of the car, with her backside to the open passenger’s window. She then, allegedly, lowered her pants and exposed her genitals.

Since it was the weekend of the NASCAR race in Loudon, traffic was heavy there were several cars in the vicinity when Sherburne exposed herself, Graham reported.

The police sergeant stopped the vehicle Sherburne was riding in and arrested her on a charge of indecent exposure and lewdness. She was released on personal recognizance bail to appear on Sept. 4, in Concord District Court.