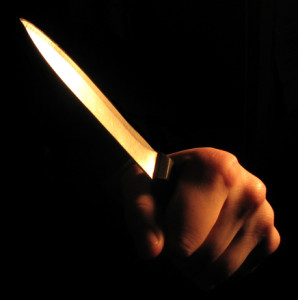 “Down on the floor!” – or something like that – said the knife-wielding, would-be robber of the Cigarette Outlet in Des Moines, Iowa. Although employee #1 complied, #2 (Ruth Wright) didn’t, and grabbed a couple cans of chewing tobacco. Per the Des Moines Register:

Wright threw two cans of chewing tobacco at the man, one of which bounced off his face. A customer tackled the robber, but the robber broke off and ran out the door. Wright then called the store’s manager, who contacted police.