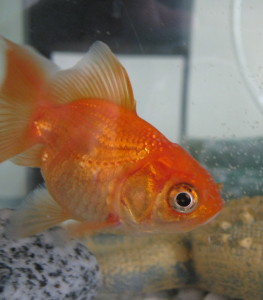 We get it. You’re mad at your boyfriend. So sure, bust his TV. But the goldfish? That’s just mean. As reported by The Orlando Sentinel :

An Orlando-area woman is facing charges after she was accused of trashing her boyfriend’s home in Pine Hills and using bleach to kill his goldfish, a report alleges.

Angela Garcia, 32, was charged with felony criminal mischief and animal cruelty on Saturday, according to a report from the Orange County Sheriff’s Office.

A deputy was called to a house on Pipestone Court, a half mile southwest of Silver Star and Hiawassee roads, at 1:35 p.m.