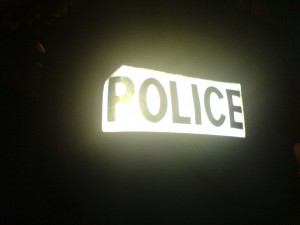 Either this is not being taught at police academies, or lots of cadets are skipping class. Why? Because over and over, cops bust people for f-bombing. The Juice has blogged about this for years. The police are going to lose every time! As reported by The Pittsburgh Post-Gazette:

A man from the Washington County town of Houston who repeatedly swore in front of Canonsburg police, and was arrested and charged for it, sued today alleging that the borough maliciously prosecuted him and violated his constitutional rights, including the right to free speech.

And he’ll win. Here’s how it went down.

Richard Pustovrh, 24, was arguing with his employers in September 2012, when they called the police. After an officer arrived, Mr. Pustovrh repeatedly used an obscenity, “to vocalize his feelings and frustration that the situation was” messed up, according to the complaint by Washington, Pa., attorneys Keith Owen Campbell and Travis J. Dunn.

Online docket records show that a district judge found Mr. Pustovrh guilty of disorderly conduct and obscene language, but that the charge was withdrawn when he appealed.

Of course it was withdrawn when he appealed! It’s constitutionally protected speech.

Mr. Pustovrh seeks a judicial declaration that the police acted in an unconstitutional fashion, compensation for his distress and punitive damages of $100,000.