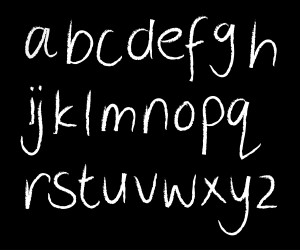 It’s just this simple: if you screw up in school, your parents will find out eventually. These boys thought they could avoid that fate. As reported by The New York Post:

Police in Serbia have arrested two schoolboys they accuse of having stormed a Belgrade classroom masked and armed with a plastic pistol and making off with their teacher’s grade book.

Police said in a statement on Wednesday they had apprehended two unidentified seventh-grade pupils and seized a replica handgun, a knife, a balaclava cap and pair of sunglasses after the incident on Tuesday during school hours in the Belgrade suburb of Kotez.

School crime and violence have soared in Serbia since the war years of the 1990s when societies across old socialist Yugoslavia frayed under the pressure of gangsterism, corruption and nationalism.

Authorities in Serbia have responded by installing video surveillance and deploying constables at some schools.

“It appears that a third boy agreed with two friends that they would grab the grade book because of his poor grades,” a police officer, who asked not to be named, told Reuters.

The pair were charged with violent behavior, jeopardizing public safety and destruction and damage of property, police said.