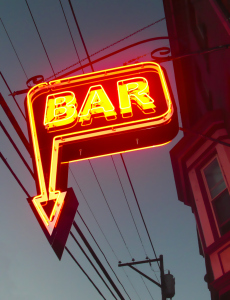 You own a bar in a college town. Seriously, who would think that the cops would ever stop in to make sure your patrons are of age? And anyway, it’s not like the joint is filled with kids. Er, what’s that you say? How many? As reported by North Country Now (Potsdam, New York):

Police say charges against them are pending through the state liquor authority.

Very hot, The Juice would think.

Bar management told officers no one under 21 is allowed inside, which resulted in charges being filed, Potsdam police said.