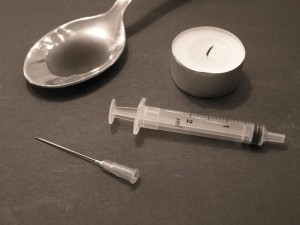 If you are harboring any such doubts, this may dispel them. As reported by The Irish Mirror:

A young drug addict has been found guilty of possessing heroin with intent to supply after police discovered he was concealing 28 packages of the drug- in his anus.

The 16-year-old boy, who cannot be named for legal reasons, was arrested in March this year after police pulled over the car he was in with 46-year-old Alexander Mills, and noticed him acting uncomfortably.

During a two day trial at Guildford Crown Court, Mills denied knowing that the boy had 28 packages of heroin inside his anus.

He was found guilty on Thursday.

Lee Harris, prosecuting, said: “At around 11.30am on March 4, police spotted Mills driving in a blue Nissan Almera car with a passenger who was sitting in the back seat behind the driver.

“The car was then stopped in Claygate.

“Both these men gave different explanations of what they were doing when questioned by the police, with the passenger seeming uncomfortable.”

You can read a bit more here.