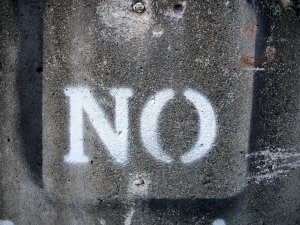 Sure, the First Amendment permits you to yell at police officers, and even flip them off. But in most cases, they’re doing their job, and doing it within the law. And even when they’re not, you should consider your own circumstances before opening your yap. As reported by The Northwest Florida Daily News:

Niceville Police officers were investigating a case of underage smoking on Reeves Street when the man [age 21] and two of his friends “began hollering and asking questions about what I was doing,” the arresting officer wrote in his report.

That’s legit, as long as you don’t interfere. But you’ve now inserted yourself into the situation, which can have consequences.

The men consented to a pat-down and an officer felt two objects in one man’s pocket. The man said one of the objects was a lighter. The other he identified as a pipe he uses to “smoke weed.”

Yes? You said “yes”? Smooth move. There’s a reason the officer asked for your consent, jack. You could have said “no.”  The charges? … “drug equipment possession and marijuana possession.”