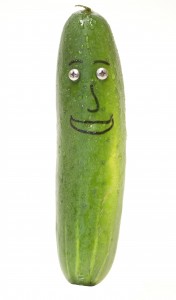 You’ve probably never burgled before. But if you did, don’t you think you’d be a little nervous? Not this lady. She was as cool as a cucumber, as reported by wdrb.com (Louisville, Kentucky)

A shower! How was this clean, cool burglar busted?

Police say McFadden was caught on surveillance video trying to use one of her victims’ gift cards at WalMart.

She was arrested Thursday afternoon after police say she confessed to the burglaries.