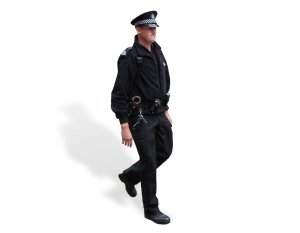 Well sir, the officer might have said, I have some good news and some bad news … Per The Sun News at cleveland.com:

Right at the legal limit! Your author has never seen this before. Maybe they could have taken it out another decimal? .081? It didn’t much matter though, what with the weed in the car. Here’s the source.