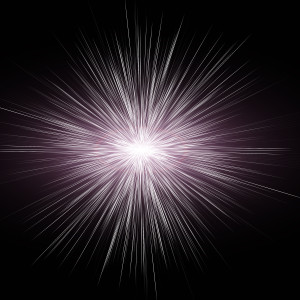 (No, not the kind of flash in the picture above.) Assuming everything this woman says is true, you just have to scratch your head. As reported by www.timesonline (Beaver, Pennsylvania):

The owner of a Moon Township landscaping business has been charged with exposing himself to a female passenger in his car. Moon police have charged 72-year-old Armando Zucchero of 233 Ewings Mill Road, owner of Zucchero Landscaping, by mail with indecent exposure.

The woman said she was walking home to Ridgewood Drive from the Giant Eagle on University Boulevard when Zucchero pulled over near the Sunoco station and offered her a ride. Thinking he was a neighbor of hers, the woman got into the vehicle, police said.

However, even after she realized Zucchero was not the neighbor, the woman was not suspicious because he knew her name and names of her neighbors, she told police. The woman told Zucchero he could drop her off in front of the old Texaco station at University and Moon-Clinton Road, but Zucchero offered to drive her closer to home to Foxwood Road, according to the police report.

Zucchero kept driving past Foxwood, however, and as they passed the Appian Way Lounge, she told police, Zucchero exposed himself. She said he then drove all the way to the Dependable Drive-In before turning around and driving back to the Appian Way Lounge, where Zucchero offered to buy her a drink and she accepted, the report said.

Very creepy, and WTF is up with accepting the drink?

Inside the bar, the woman said Zucchero gave her his business card and asked her if she had any friends before offering her $20 and pointing toward his crotch, which she took to mean he wanted sex, the report said.

Even more creepy. So she took off or asked for help, right? Nope.

The woman then said she had to leave and Zucchero again offered a ride, which she accepted.

Oh no you did not just take that ride!

Once in the vehicle, though, the woman said Zucchero again exposed himself, and she jumped out of the moving vehicle and traveled different paths and trails home so he could not follow her, the report said.

So after all that, you decide it’s time to get away while in a moving car? Wow. So how did they identify the suspect?

When giving her description to police, the woman said she believed the man who had exposed himself was her elementary school bus driver sometime around 1986 to 1991 who knew her name even though she had never given it to him.

Based on the business card and description, police on Wednesday contacted Zucchero, who denied knowing the woman, offering her money for sex or ever being a bus driver.

Truly a strange case. It’ll be interesting to see how it plays out. You’ll find the source here.