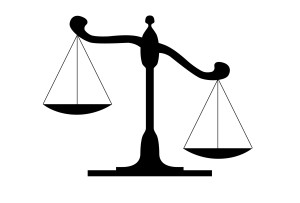 For this judge, the job is apparently not all about banging away on a gavel and doling out some justice. Although she has only been charged, it’s not looking good. As reported by lancasteronline.com:

A Lancaster city district judge has been removed from the bench after she was charged Monday with a dozen criminal offenses.

The charges relate to District Judge Kelly S. Ballentine dismissing three of her own parking tickets last year and in 2010, according to a police affidavit.

After a lengthy investigation, the state Attorney General filed 12 charges, including nine felonies, regarding Ballentine’s conduct while on the bench.

She’s charged with tampering with public records (six counts), restricted activities due to a conflict of interest (three counts), and obstruction of the administration of law (three counts).

As of Monday, Ballentine will no longer hear cases or serve as district judge.

“At this time, I have issued an order that she be placed on indefinite administrative leave until all criminal charges are resolved,” said Lancaster County President Judge Joseph Madenspacher, who has authority over the county magistrates.

If you’re wondering how the Judge will get by, here’s how.

Ballentine will receive pay during that time, [Judge] Madenspacher said. “I have no power to suspend her.”

According to records, Ballentine dismissed three of her own tickets for parking illegally in front of her house.

As The Juice said, it’s not looking good. Here’s the source. And here’s a follow up to this story.