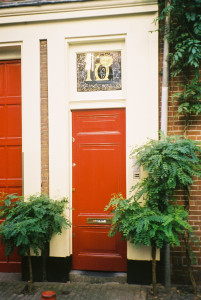 I’m not drunk! I know where I live! It’s No. 10 right there. Well, not exactly. As reported in The Moultrie News Police Blotter:

A drunk guy got a ride home one night to his apartment and told the driver he lived in apartment No. 10, according to a report.

He got a ride home! Excellent.

The guy went to the door and the female driver tried to use his key to open his door for him, but it would not work. She then knocked and the real person who lived in that particular apartment opened the door, the report said.

The driver asked the resident if she knew the man and she said she did not.

At this point, the driver told the man not to go anywhere and she ran to her car to get something. The resident had closed and locked her door at this point.

When the driver came back, she saw that the drunk man had kicked in the door, according to the report.

Police were called and noted that the man was extremely intoxicated.

They could not get any clear answers from him, but did determine he lived in apartment No. 10, just not in this particular building, the report said.

The property management company agreed to press charges for damages to the door and the suspect was hauled off to jail for drunkenness in public, where the doors are too strong to kick in.