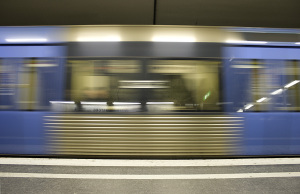 He fell asleep, and did not wake up until the train was heading back toward Manhattan, then exited at the Atlantic Avenue-Barclays Center station, the authorities reported.

He discovered that his wallet, cellphone, and bottle of anxiety pills were all missing from his pockets, cops recounted. The same thing has happened to the victim four times since 2007, officers added.