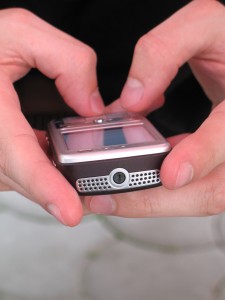 Before you go calling the police about that giant schlong on your driveway, perhaps it’s worth determining if it’s paint or … A homeowner in Millville, New Jersey skipped that step, and called Johnny Law, unnecessarily, as reported by The News of Cumberland County.

Someone graced an East Vine Street driveway with a drawing of a penis early Monday morning or before.

The person who called police reported that someone had spray painted the phalus, but police on scene discovered it was chalk. They advised the property owner to wash it off with water and reported no actual property damage.