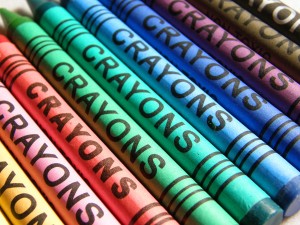 You want your kids to express themselves by drawing. Just not on your passport! As reported by metro.co.uk:

The [4-year-old] child got busy during a recent family trip to South Korea, where he took to the back page of his dad’s Chinese passport with a black pen and drew some really nice pictures of people, animals, and – obviously – added a bit more hair to his dad’s face. Classic.

The only problem is that now his dad is stuck in South Korea because of his unrecognisable documentation, and authorities have warned it is likely he won’t be able to travel home with his son, and the rest of his party.

The picture was originally posted on social networking site Weibo by the father, known only as Chen, alongside a plea for help.

Sounds like he might be spending the rest of his holiday on the phone to the Chinese embassy. Let’s just hope he invests in a nice colour by numbers for his son next time…