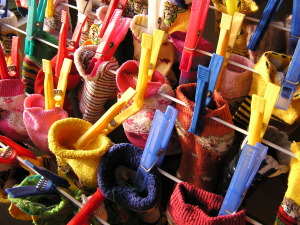 For offenses involving socks, two British men were sentenced to 18 months in jail (for “conspiring to commit acts of gross indecency”), and put on the sex offenders’ registry for 10 years.  Per The Southport Visiter: