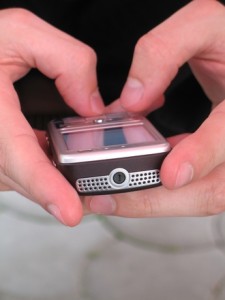 Anybody with half a brain knows how stupid it is to text and drive. It’s also illegal in many states. Still, people continue to do it alarmingly often. As reported by www.news965.com:

A 23-year-old driver in Fort Myers, Fla., admits he was texting while driving when he was caught on video rolling his car after hitting a power pole and a tree.

Driver Michael Woody climbed out of the car safely following the crash and told responding officers that his only impairment was his cell phone … he was texting while driving, something that is now illegal in Florida.

You can see the dashboard video by clicking here.