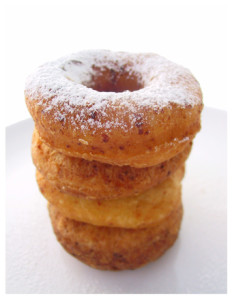 Officers Joseph Rooney and Robert Fernandez noticed Delasuaree was having labored breathing, while his hands were shaking uncontrollably, Martin said.

Delasuaree also had powder around his nostrils and mouth, Martin added.

“Mr. Delasuaree attempted to explain his condition by stating he had just eaten a doughnut,” the captain wrote in an e-mail. “The officers observed a clear plastic bag on the floor that was suspected cocaine.”

Delasuaree told police the gun was for his own protection, according to authorities. He was arrested on charges including possession of a firearm as a convicted felon and drug offenses.

Police said Delasuaree was ordered held on $100,000 bail, with no 10 percent option.