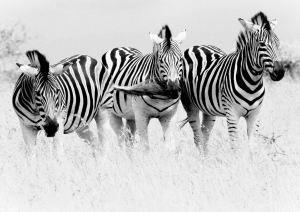 Now you can say you remember when “The Zebra” hit his first bank. Here’s how it went down, per The New Hampshire Union Leader:

Police are searching for a man they say robbed a bank while wearing a zebra print dress.

The Zebra is at large!

The man passed a note to a teller, but did not mention or show any weapon, police said. After receiving some money, he apparently left on foot in a northeasterly direction toward Pizza Hut, police said.

Click here for the source, which includes surveillance photos of The Zebra.