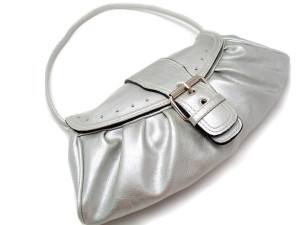 Please, tell me you did not just shoplift while carrying coke in your purse.  As reported by Northwest Florida Daily News:

A Walmart Asset Protection Associate became suspicious of the woman, identified as Tammy Sarah King, around 2:30 p.m. on July 31 because she was “constantly twitching and looking over her shoulder,” according to the arrest report. The associate watched her place several grocery items in her cart.

She then tried to hide the items, worth $313.60, under an air filter before walking out of the store, the report said. She was stopped and Crestview Police officers were called.

King told officers that there was cocaine in her purse, according to the report. Officers found two grams of cocaine and $459 in her purse.  She is charged with retail theft over $300 and possession of cocaine, both felonies.

I told you not to tell me that! You’ll find the source, with Ms. King’s mugshot, here.