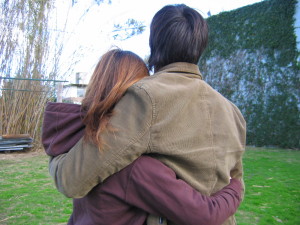 If more people were as suspicious as this “good samaritan,” The Juice would move to an island. Hell, he might just do it any way. As reported by khou.com:

Police received a call that someone in the store was being held against their will.

What did the man do to warrant all this?

Actually, the store manager was hugging her husband goodbye.

A passerby saw the embrace and thought she was being held hostage.

Next time, do us all a favor, and keep it to yourself!