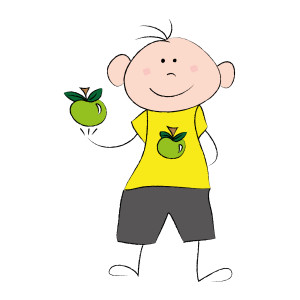 Anyone over the age of, oh, maybe 6, knows that sometimes kids say things that aren’t true for a variety of reasons. A Kansas City mom took her 6-year-old son at his word, and she ran with it. The Juice is here to tell you, that was a HUGE mistake. As reported by KCTV:

An angry mother confronted her son’s teacher and hit her in the face, jerked her hair and rammed her head against a file cabinet, according to a Kansas City Police Department report.

Bam! That teacher must have done something really awful to the boy right? Here’s how it started.

The teacher told police that Baker entered her classroom “and wanted to talk to her about what her son stated (the teacher) did to him in class earlier today.”

The teacher said if she wanted to speak with her and the principal that she would need to return on Friday. She said the woman was demanding and headed to the principal’s office where she reportedly created the scene before returning to the teacher’s class. The woman said she was upset over something that the teacher had done to her son earlier in the day.

“You better not touch my kid again,” Baker yelled to the teacher, according to the police report. The mother was reportedly upset about a scratch on her 6-year-old son’s neck that she claimed the teacher inflicted. The child had been disciplined earlier in the day.

So what did mom do?

The woman ran behind the teacher’s desk and “struck her in the face with an open fist 5 to 10 times as she held” the teacher’s arm down to her side, the report says. She then grabbed the teacher “by her hair and picked her up out of the chair and struck her head against a file cabinet two times.” She then fled from the classroom.

Shazam! Oh, and about that scratch …

District officials said Friday night that the boy’s father brought the boy to school Friday, and that the boy recanted his story. The district said the boy admitted the teacher had not hurt or scratched him.