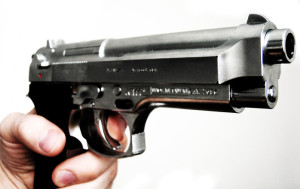 Shortly before 4 a.m. Monday, police were called to the Burger King at 3598 Cleburne concerning a break in. Inside, police say they found Blue, who told officers that he needed to use the restroom so he broke in the door. He also microwaved some hamburgers.

Blue is now in the Harris County Jail on no bond.

At least he won’t get into any more trouble for a while. Here’s the source, with Mr. Blue’s mugshot.

(Don’t you all forget who brings you Legal Juice every day, and has for the past 8 years. (Yes, there are thousands of searchable posts at www.LegalJuice.com.)  The Juice is a personal injury lawyer who represents folks injured in automobile, bicycle and pedestrian accidents in Washington, DC, Maryland and Virginia.)