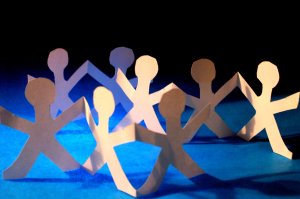 An Iowa jury has found a father and daughter guilty of one count of false imprisonment in a case involving a lock up of the woman’s husband in a Lyon County grain bin.

Well, there was some good news.

Oriana Groppetti and her father, Craig Olson, now face up to one year in jail on the misdemeanor charge. The jury found the pair not guilty on two felony kidnapping charges, and on charges of assault while committing a felony.

You might be wondering what motivated Mr. Olson and his daughter.

[Derek Groppetti] had flown into Sioux Falls to see his wife on July 21. Oriana Groppetti been visiting her family in Canton, where Craig Olson lives, when her husband arrived and told her he wanted a marital separation.

That night, McAllister said, the whole family stayed up drinking, and the wife found messages about her husband’s affair on his phone. She broke his phone, then smashed her own across her husband’s face.

Derek Groppetti went to sleep that night, McAllister said, and hoped to fly home to California the following day.

“What Derek Groppetti didn’t know was that (his family) had spent the night coming up with a plan,” McAllister said.

That plan would have kept him in a grain bin for two to three days, the prosecutor said. He noted messages from Oriana Groppetti to her father that urged him to make sure her husband had water. Water and cereal were found in Olson’s truck, McAllister said.

Derek Groppetti pushed his way out of the first grain bin and was picked up by his wife, who took him to another farm with another grain bin. They met Olson there, and Olson said “we can do this the easy way or the hard way” just before his son-in-law ran to a neighboring farm house and dialed 911 with a borrowed cell phone.

“This was not a family dispute,” McAllister said. “These were crimes committed by these defendants against a family member.”

Derek Groppetti, the alleged [“alleged”? – they were convicted] victim, testified last week that he didn’t feel he was kidnapped and that he wasn’t intimidated by his wife or father-in-law.

Really? Even in light of this evidence?

McAllister told the jury that the evidence was clear: Olson and Oriana Groppetti conspired to hold Groppetti against his will. Rhinehart and Willett both noted that the first bin wasn’t locked and that Derek Groppetti got out quickly, but McAllister suggested that the father and daughter didn’t expect him to escape.

He held up a text message from Olson to Oriana Groppetti, sent shortly after Olson drove away from the first bin site to make his point.

“Houdini couldn’t get out of there,” Olson wrote.

When Oriana saw her husband on the road, she sent her father a message from her iPad that read “he’s out,” then another that asked him to come quickly.

Houdini huh? You can read the full story here.