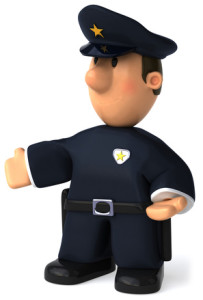 Bob Kurland, a member of the Westminster-based Save-A-Patriot Fellowship — a group claiming it is intent on ensuring that law is accurately interpreted and appropriately enforced — questioned the court’s refusal to release the woman, who became known as Jane Doe, sooner because of her choice to invoke the Constitution.

“Do you believe she is John Dillinger, public enemy No. 1?” said Kurland, who along with other members of the group refused to identify Doe. “How can you be held for exercising your Fifth Amendment rights?”

However, police, prosecutors and a law professor considered to be an expert on the Fifth Amendment contend that refusing to identify yourself to law enforcement isn’t protected by the Constitution.

“If that were the case, no one would ever have to provide information, and we would have burglars and robbers and people running all over the place not knowing who they were,” Carroll County State’s Attorney Brian DeLeonardo said Tuesday.

Essentially, the Fifth Amendment “protects criminal defendants from having to testify if they might incriminate themselves through the testimony,” according to the Legal Information Institute at Cornell University.

Doe, who continues to refuse to identify herself even after being released from jail, was arrested June 27 after she failed to stop for a Carroll County Sheriff’s Office deputy for a tail light that was out.

Doe, who spoke with the Times on Tuesday afternoon after her release but continued to refuse identifying herself, said she saw lights close behind her but “didn’t know what it was,” so she proceeded at a steady pace. When the trooper made contact with her at a traffic light, she refused to identify herself and had to be forceably removed from her vehicle, according to court documents. She was charged with failure to obey a lawful command, resisting arrest and obstructing an investigation, according to electronic court documents.

Because of her continued refusal to identify herself, neither the Sheriff’s Office nor the State’s Attorney’s Office believed it was prudent to immediately release her, according to Sheriff Jim DeWees.

Arrest and booking photos are provided by law enforcement officials. Arrest does not imply guilt, and criminal charges are merely accusations. A defendant is presumed innocent unless proven guilty and convicted.

The Sheriff’s Office was eventually able to obtain her fingerprints and, after submitting them to the FBI, felt it was no longer necessary to detain her, DeWees said. Her fingerprints were not flagged for any warrants, and they had no connection to any criminal investigations, he said.

“At the end of the day, we felt comfortable through the other outlets she was not a wanted person and felt fairly comfortable she served the appropriate amount of time,” DeWees said.

She was released Tuesday after 67 days at the detention center.

The State’s Attorney’s Office chose not to pursue the charges against Doe, officially dropping the case Aug. 28.

“When we are preparing a case, our overriding concern is always what is just in that situation,” DeLeonardo said. “Ultimately, we knew she wasn’t dangerous, so she served far in excess what she would have if she had cooperated. So essentially, it is an abatement by time served.”

Doe’s stay at the detention center cost the county about $4,500, DeWees said.

“If she had cooperated and displayed a driver’s license, she would’ve gotten a simple repair order and been on her way,” he said. “The lesson is, when the police stop you, you are required to submit a driver’s license. She wanted to play hardball and, in the process, she wasted an awful lot of taxpayer money by doing it her way.”

Doe said the Fifth Amendment is reiterated in the Maryland Constitution’s Declaration of Rights, “That no man ought to be compelled to give evidence against himself in a criminal case.”

“The constitution is the law, and no man ought to be compelled,” Doe said in a phone interview from a number associated with the Save-A-Patriot Fellowship. “Evidence is everything and anything, starting with my name, where I live, my mug shot, and my fingerprints.”

James Duane, a graduate of Harvard Law School and a professor at Regent Law School in Virginia who is considered a Fifth Amendment expert, said the Fifth Amendment does not give someone the right to refuse providing identifying information.

“The Constitutional right to remain silent is vast, and it gives you a right to refuse to answer any request for information that carries a reasonable probability that it could be used to convict you, but the right is limited,” Duane wrote in an email.

“[Eleven] years ago, the Supreme Court of the United States specifically ruled that a request from the police for a suspect to identify himself, assuming that the request was otherwise proper under state law, would not be a violation of the Fifth Amendment, because there is so little chance that such information, by itself, would pose any reasonable probability that it could lead to a conviction of that person.”

Doe said she is aware of the court’s opinion on the matter.

“Courts have ruled on this, and I’m not interested in what the courts say,” she said. “Even a name can be a link in the chain of evidence used to convict you. The last thing [government] wants people to know is that you can refuse to give a name or take a mug shot.”

Another member of the Save-A-Patriot Fellowship, George Otto, said Doe’s actions will help people understand what the country’s Founding Fathers meant when they wrote the U.S. Constitution.

“That’s what Jane Doe does; she helps people understand the law,” Otto said. “One thing we learned, if a law is not written clearly, it should be void.”

Doe also took issue with her length of detainment. The only reason the Sheriff’s Office and State’s Attorney’s Office gave to keep her in jail was the possibility of her being a criminal, she said.

“That’s not enough,” Doe said. “They have to have probable cause — a reason. That’s important to understand. I was told I could literally be a sex offender. ‘Might be’ is not probable cause. It’s their job to be proving things, and it is no man’s job to give evidence against themselves.”

DeLeonardo said there is no issue of this being an inappropriate detention as she was initially detained because of the crime she committed.

“The court refused to release her until she provided the information because they need that information to process her through the system,” DeLeonardo said. “Otherwise you’d have thousands of Jane Does.”

By refusing to identify herself, he said, all Doe was successful at doing was causing additional burden on herself, the county and its taxpayers.

“Essentially, if people think it’s a good route to go and want to spend an enormous amount of time in jail more than they would, they can do that.”

No thanks. I’ll take the ticket, and either pay it or fight it (and win!). Here’s the source.